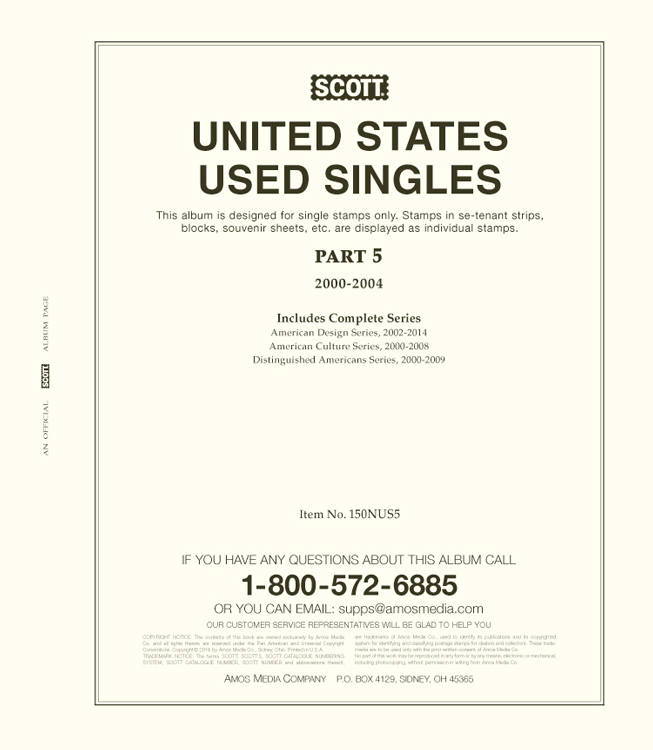 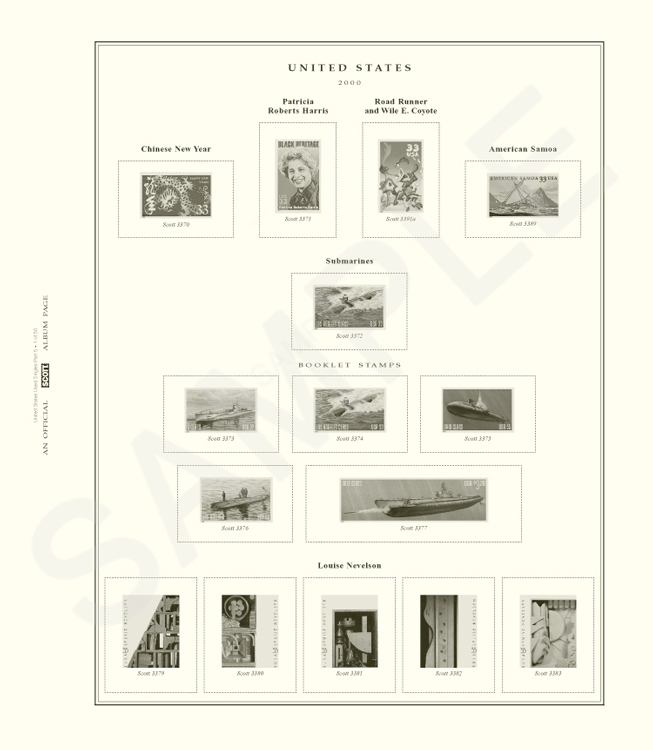 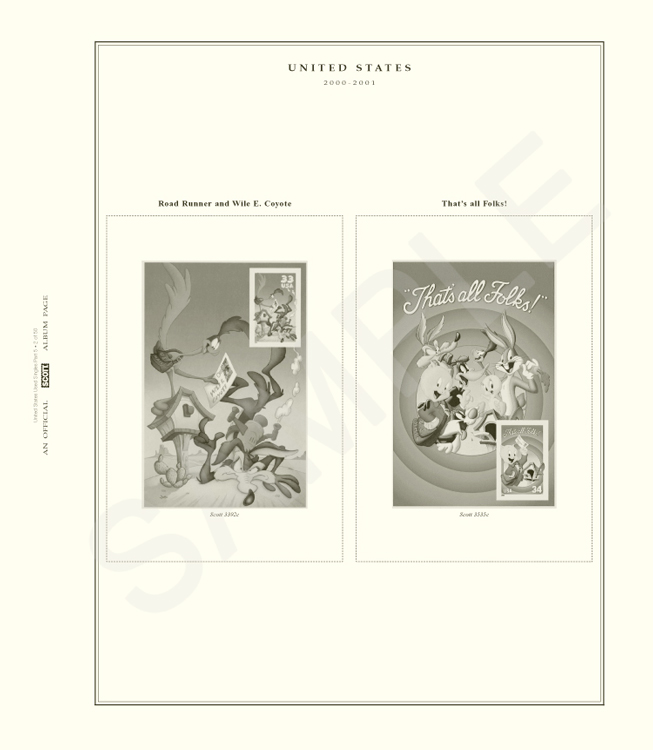 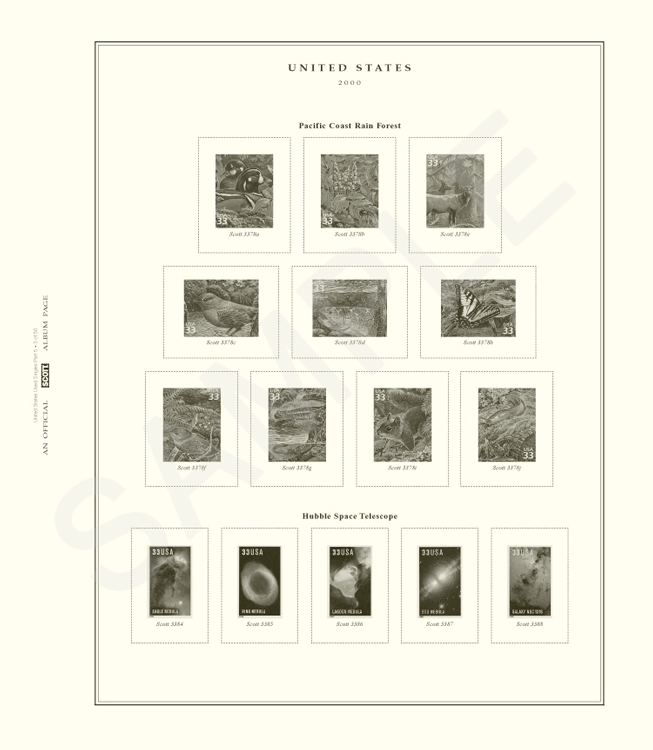 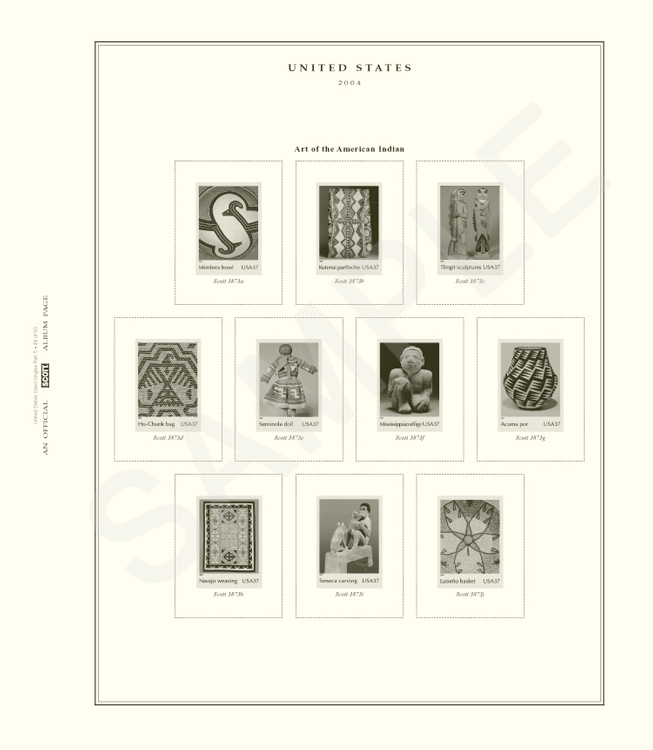 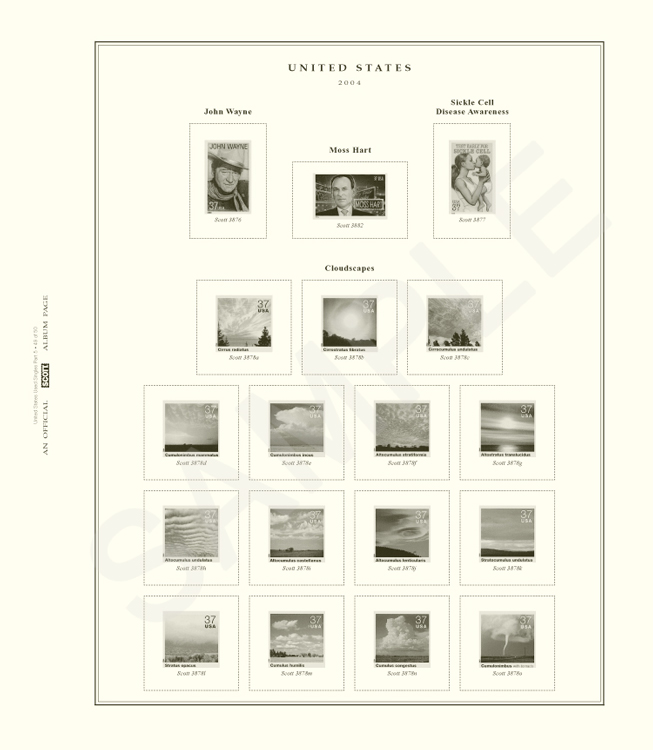 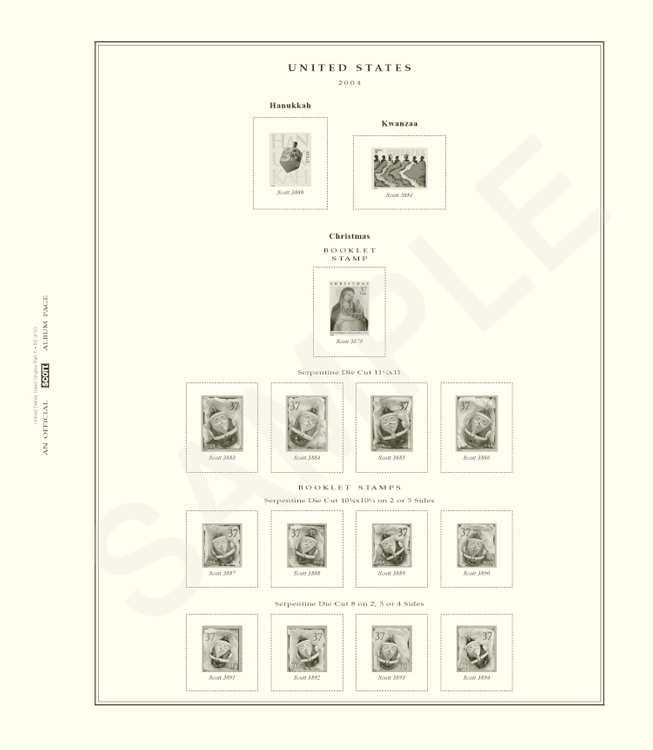 Available as Print On Demand!

Scott National Used Singles Series Part 5: United States 2000-2004 (51 Pages). - The National Used Singles series is the most complete and comprehensive U.S. album series you can buy. Part 5 does include some stamp issues past 2004, so the set could be completed. These include: American Design Series (2002-2014), American Culture Series(2000-2008) and Distinguished Americans Series (2000-2009). The sturdy and classic designed album pages can be housed in Scott Specialty Series Binders & Slipcases.