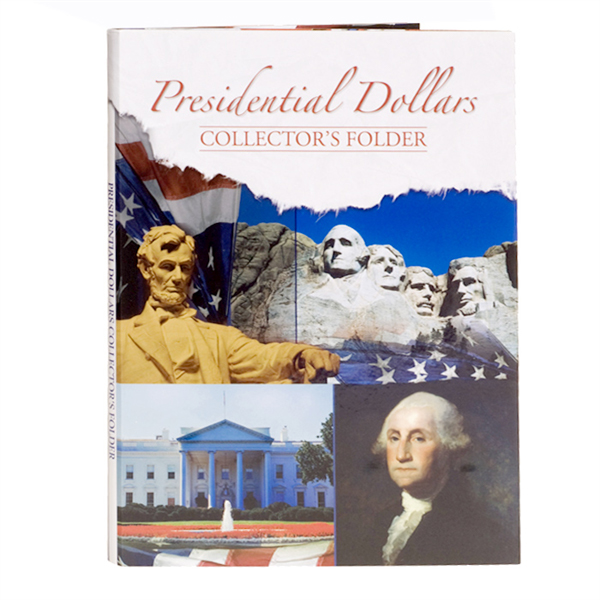 During each year from 2007 to 2016, four different dollar designs, each bearing the image of a different president, are being released. Living presidents, both current and former, are excluded from the program—thus the roster of presidential honorees currently stands at 37. For these presidents, 38 coins are planned; this is because Grover Cleveland, who to date is the only president to serve multiple nonconsecutive terms, will be represented with two coins. The Presidential dollars are part of the Golden Dollar Program and retain the same golden color as the Sacagawea dollars. The motto IN GOD WE TRUST appears in edge lettering—a first for a U.S. coin, as the motto has never before appeared on the rim. The year of issue is likewise on the rim. This coin folder has 44 openings which includes 7 blank. Covers George Washington-Richard M Nixon. Space provided for one mint.