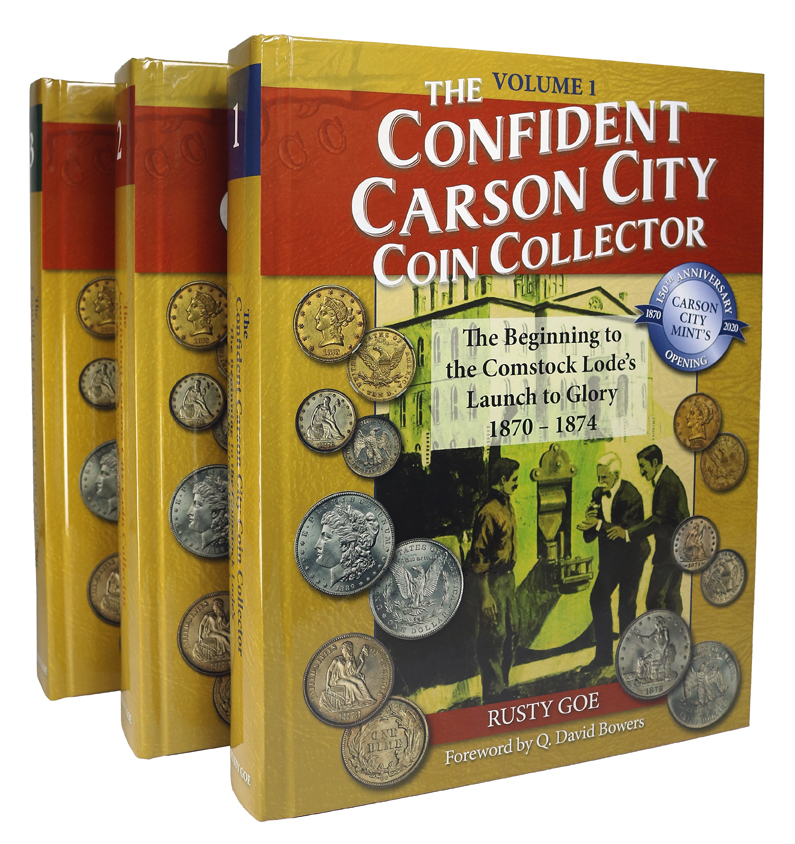 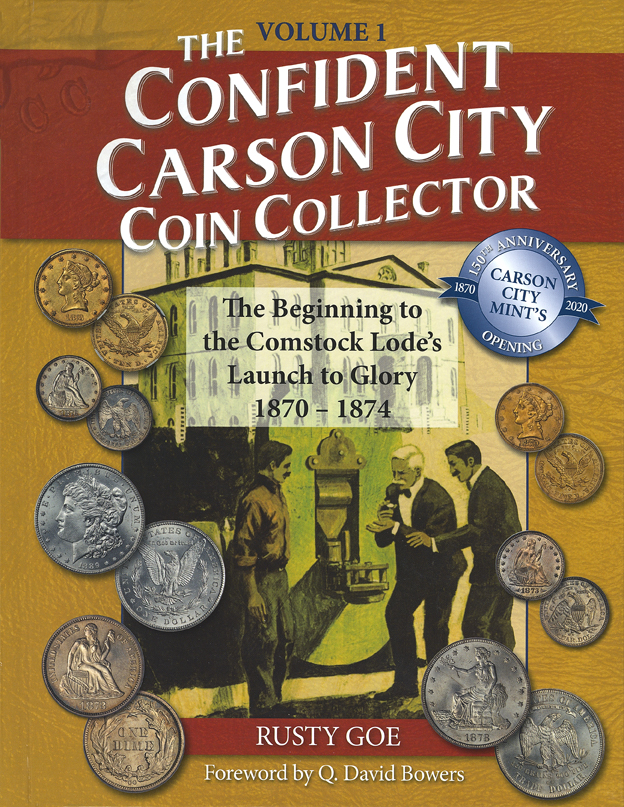 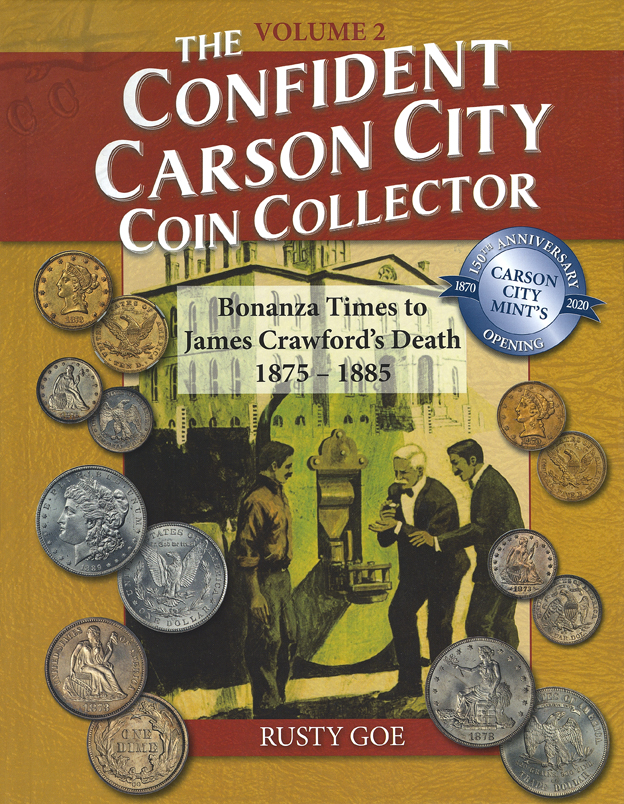 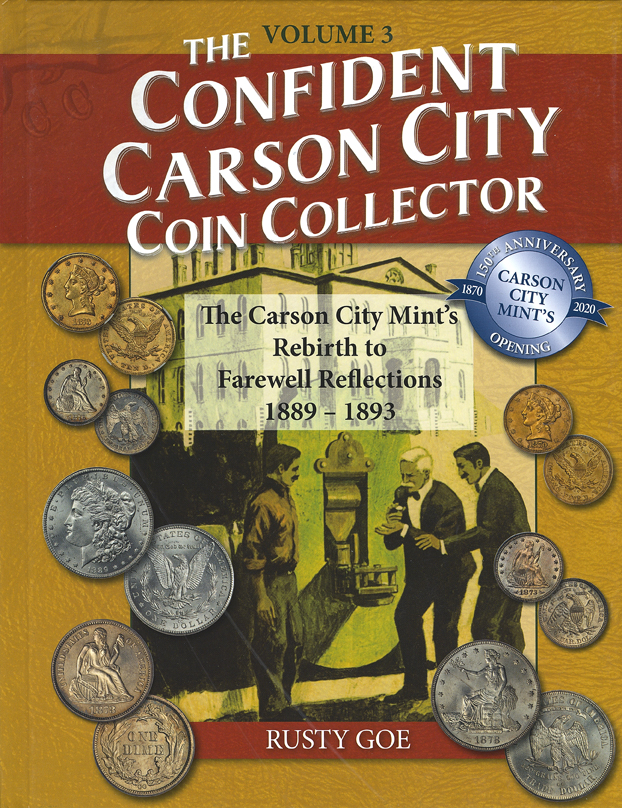 Rusty Goe’s new three-volume set, The Confident Carson City Coin Collector, provides a time-capsule glimpse of all the knowledge available for discovery about the Carson City Mint’s history and the coins that have survived from that place leading up to the 150th anniversary (2020) of the mint’s opening in January 1870. Just about anything anyone would want to know about the mint and its coins can be found in these three volumes.

Details about The Confident Carson City Coin Collector include: