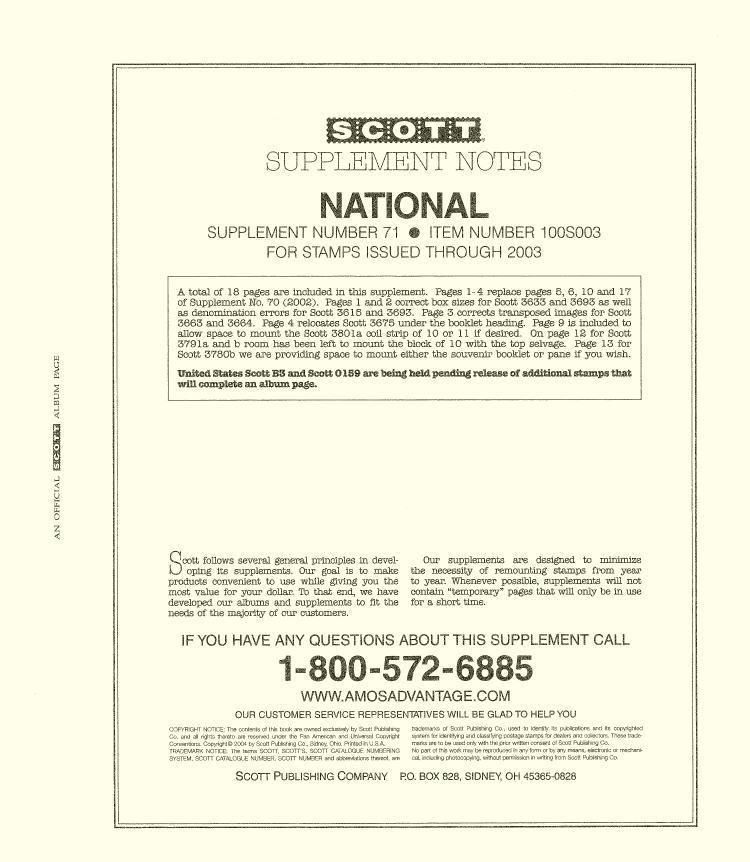 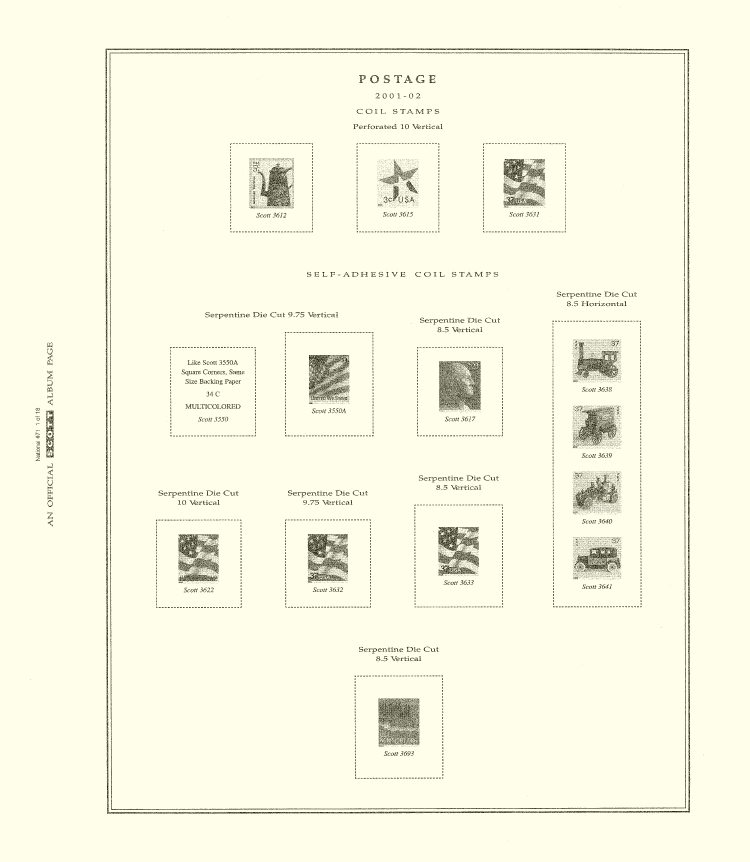 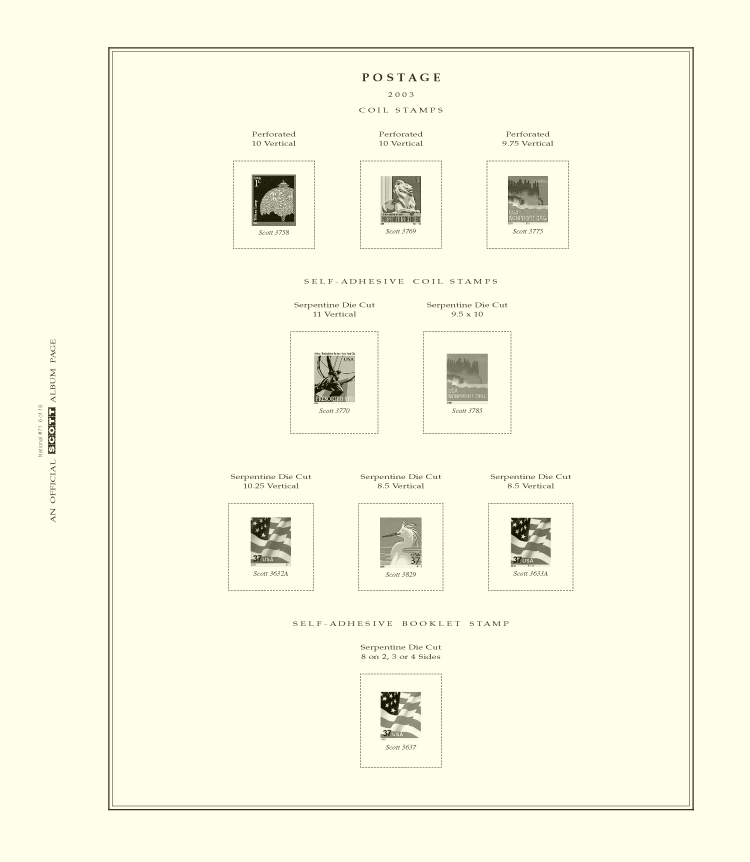 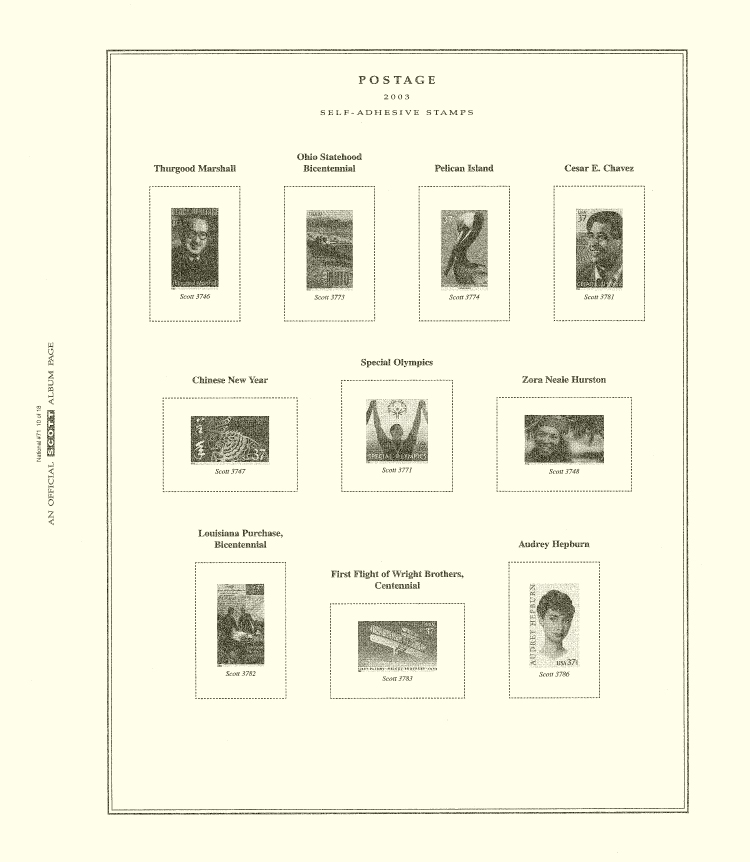 On page 7 we have illustrated the cover of the booklet which contains the two examples of Scott 3377a. If you choose to separate the booklet panes from the booklet there is space to mount both panes. On page 13 for Scott 3393-3396 (Distinguished Soldiers) and Scott 3399-3402 (Youth Team Sports), space was left to mount the strips of four.

NOTE: In Supplement No. 67 (1999); on page 11 Scott 3275 (Love) is not a booklet stamp and on page 16 Scott 3328a (American Glass) is not self-adhesive. With our apologies, these oversights will be corrected in the next album reprint. No replacement pages will be issued. United States Scott C133 (Niagara Falls), C134 (Rio Grande), C135 (Grand Canyon) and O157 (Official Coil) are being held pending release of additional stamps that will complete an album page.

Back Ordered? No problem!

Don’t be deterred, you can still order this product and expect to receive it in a timely manner. This is possible thanks to our innovative Print on Demand service!

If this product is listed as Back Ordered, that simply means we’ve exhausted our initial print run of this product. That’s where our FREE Print on Demand service comes in.

Simply place an order for this product and we’ll have it printed for you – at no extra charge. You can even order it alongside other in-stock products.

If this product is listed as In-Stock, even better! That means the product will ship immediately! Learn more about our fast shipping speeds.