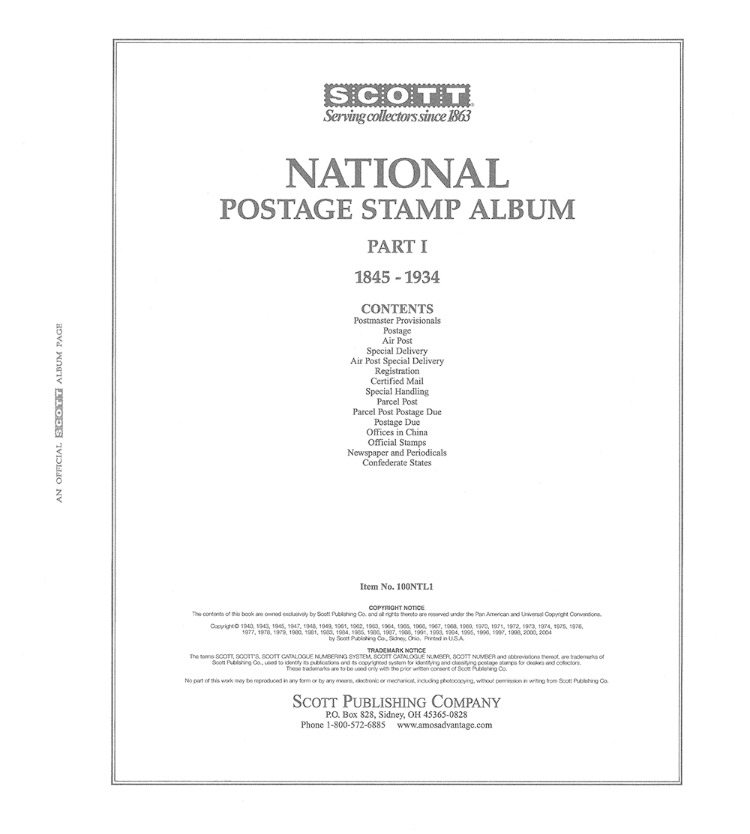 Pages can be housed in Scott Specialty Series Binders & Slipcases. A binder label is also available. For items not included in the album, packs of titled, blank pages for United States and Postage are available.