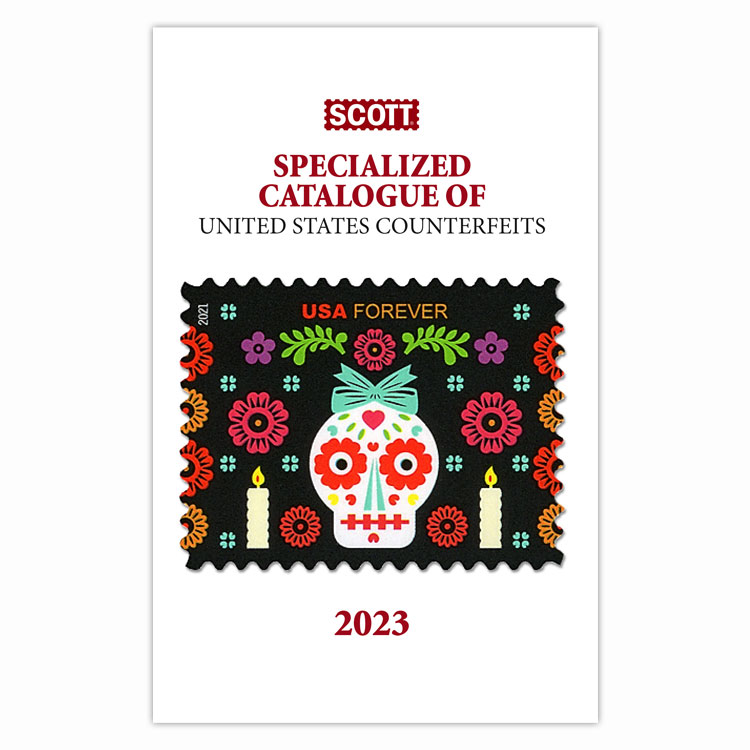 Counterfeiting of United States forever stamps increased exponentially in 2021 with most new issues being faked. Scott catalog editors have noted within the Postage section of the Scott Specialized Catalogue of United States Stamps and Covers what stamp issues are known to exist as counterfeits and have placed that information in footnotes.

Because of the large number of new forever counterfeits stamps (more than 300 major numbers in the last year), Scott editors have decided to only list denominated and earlier counterfeits in the 2023 Scott U.S. Specialized.

No forever or postcard-rate counterfeits are included in the 2023 U.S. Specialized catalog from the years 2007 to date.

The forever counterfeits are included in this new catalog.