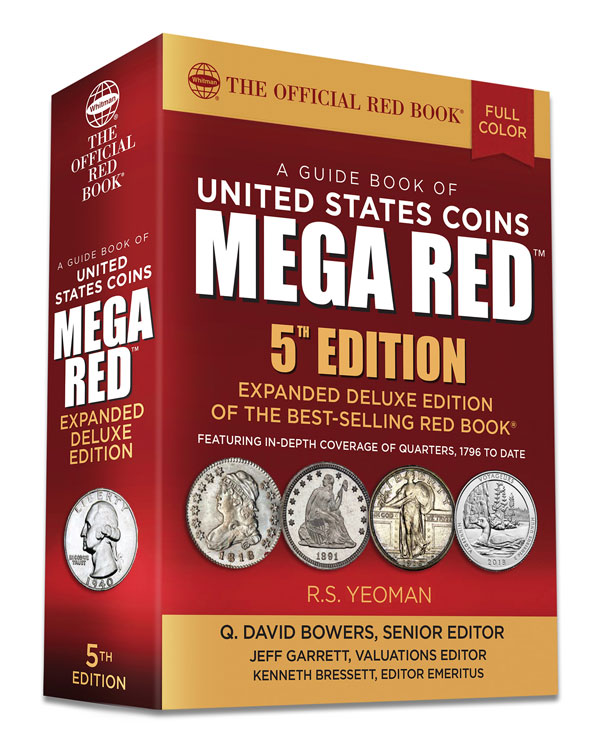 The Deluxe Edition MEGA RED Coin Books prices more than 8,200 items in up to 13 grades each, with 48,000 individual values, 15,400 auction records, and 7,000 images (thousands of which are updated or new to the third edition). Expanded sections and new features in the fourth edition include: an overview price-guide of foreign coins that circulated as cash in the British American colonies; insight and history on modern gold collector coins; a new illustrated history and price guide of So-Called Dollars; an illustrated history of the nickel five-cent piece, and an illustrated appendix on the importance of the nickel to 19th- and 20th-century commerce; beautifully illustrated essays on the history and value of hobo nickels, love tokens, and chopmarked coins; and more.

Limited Quantities Available! Once sold out, this item will be discontinued.