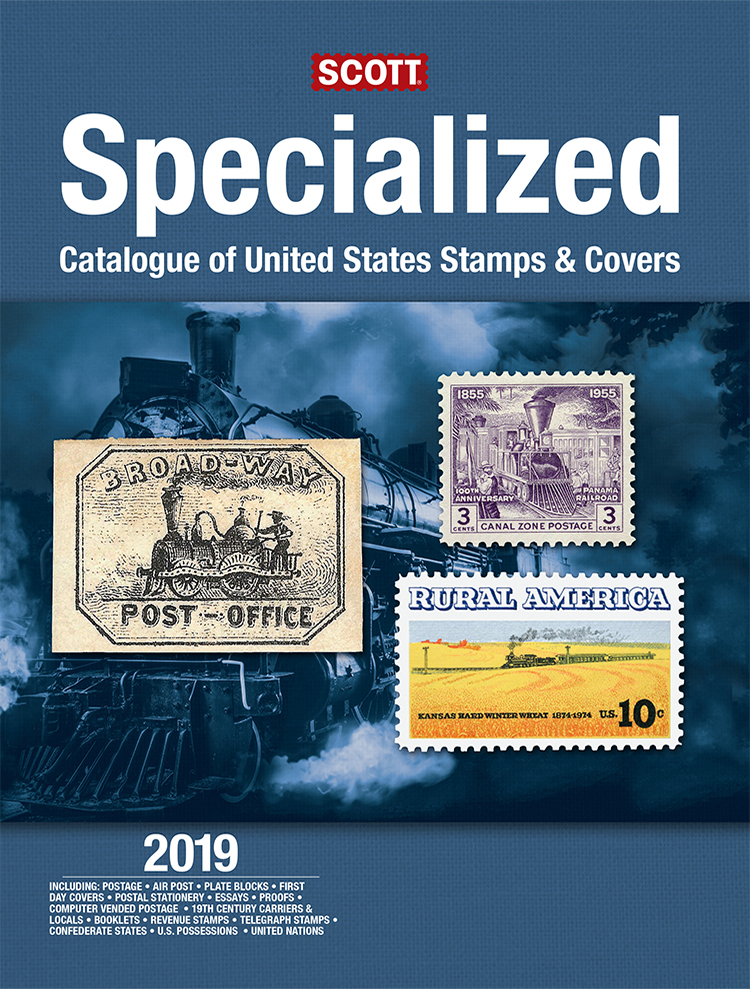 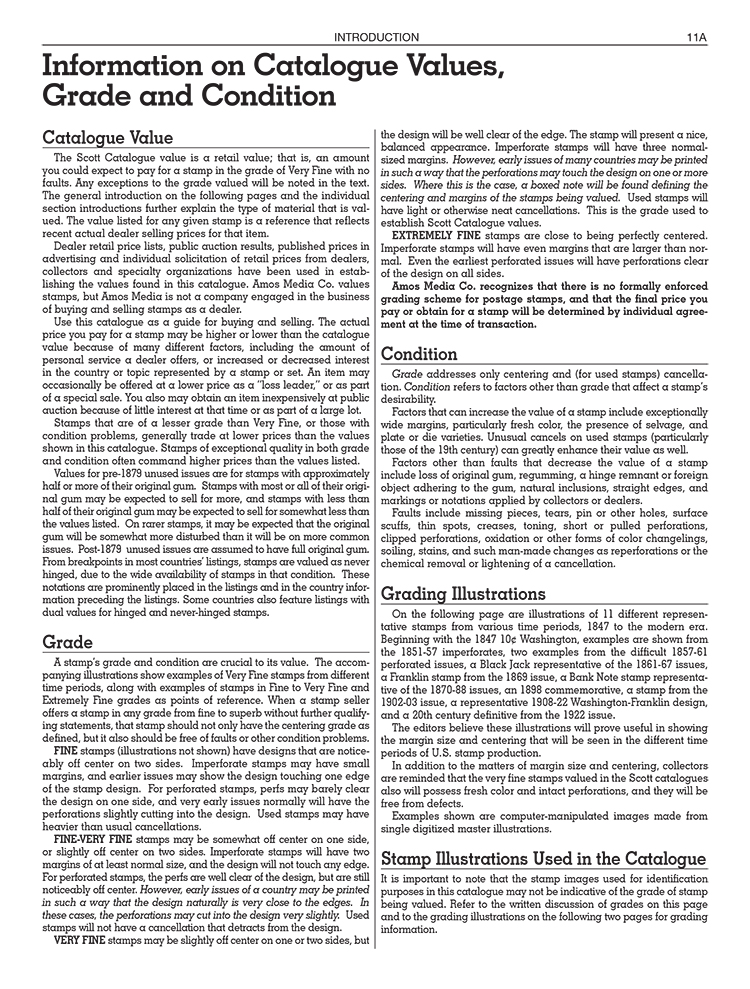 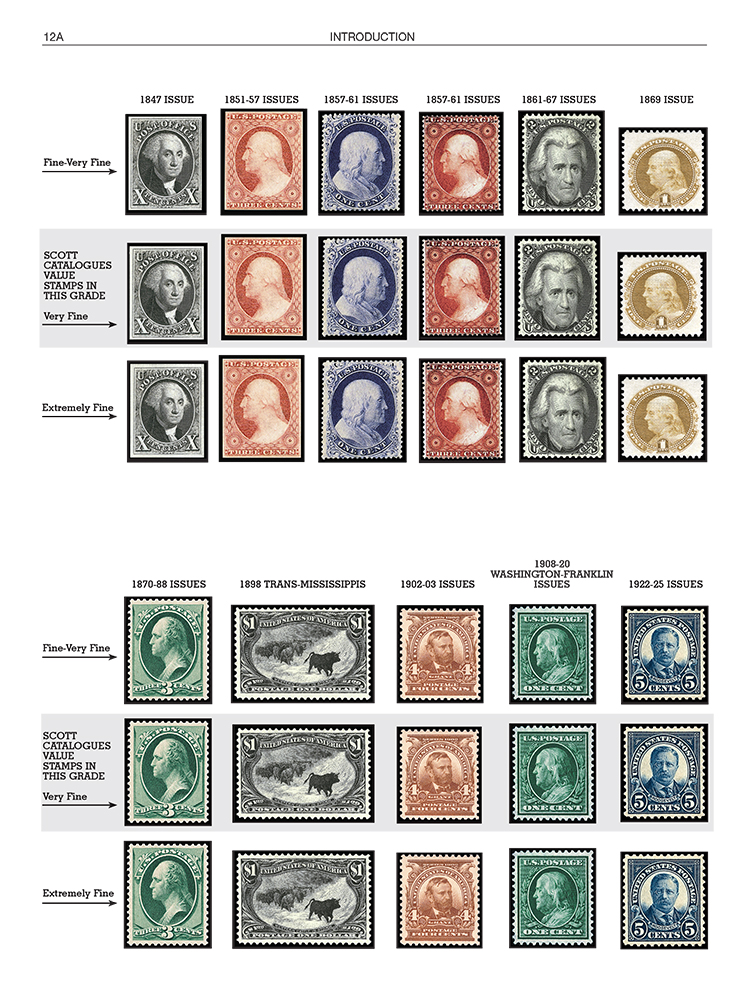 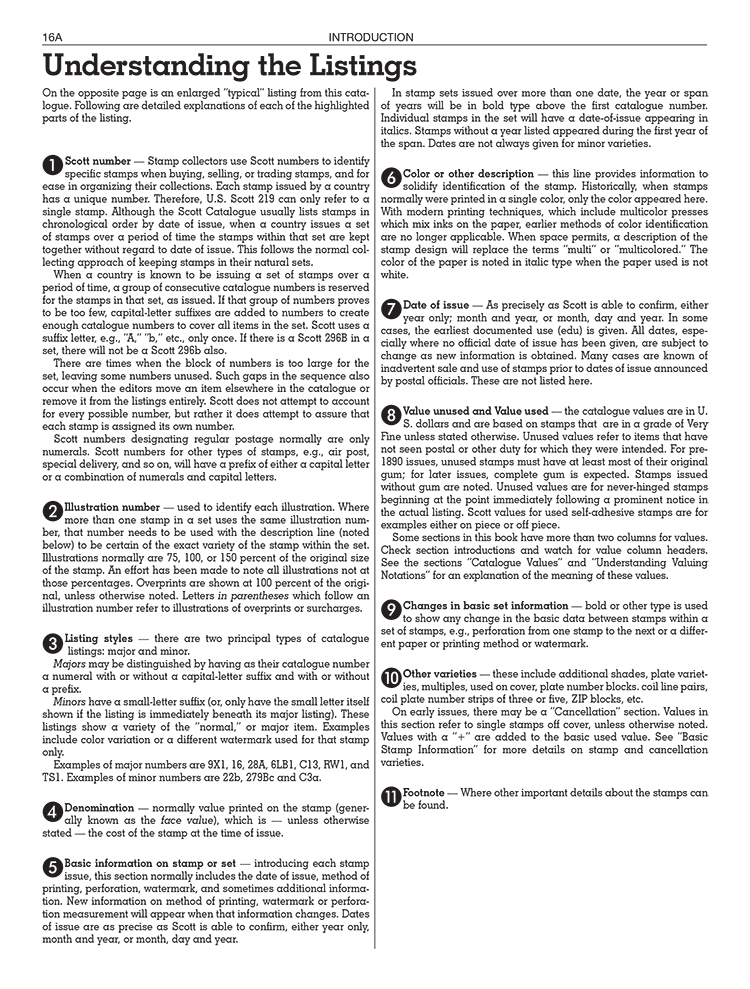 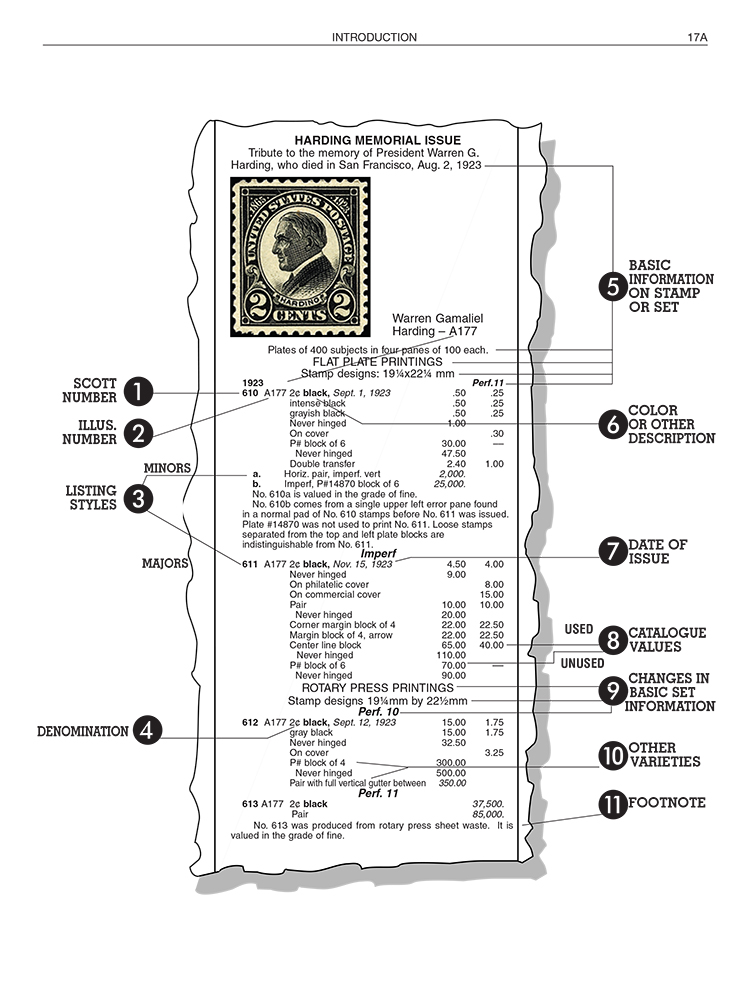 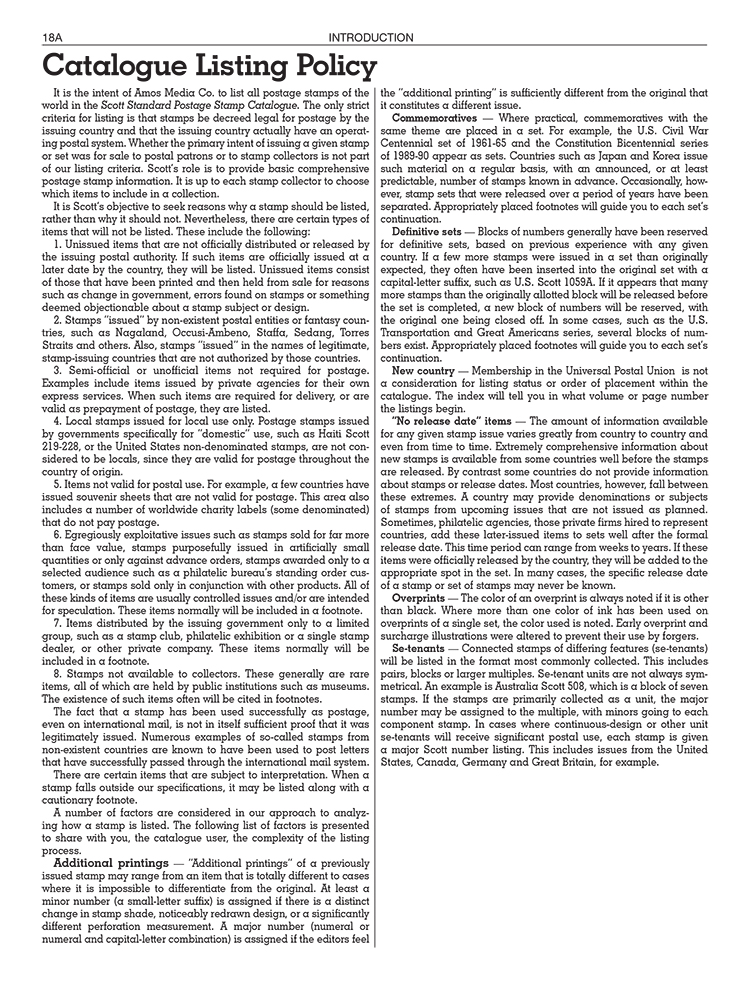 The 2019 edition marks the 97th edition of the Scott U.S. Specialized catalog.

Unlike in the 2018 U.S. Specialized catalog, where the large number of lowered values for stamps in very fine condition was the story, the biggest story this year are the editorial enhancements to the catalog. Many editorial enhancements and improvements have been made in the 2019 U.S. Specialized catalog. These include comprehensive additions to the many footnotes concerning uncut press sheets of the die-cut convertible (double-sided) booklet panes of 20, which yield imperforate-between pairs plus cross-gutter blocks of four imperforate within. These interesting varieties are now listed and valued in the footnotes.

Two Special Feature articles in the 2019 Scott U.S. Specialized catalog explain significant listing changes in two back of the book sections of the catalog: Confederate States of America General Issues and Puerto Rico.

The first article carries the byline of well-known dealer, researcher and author Patricia Kaufmann, who speaks with first-hand knowledge and logic concerning original gum on Confederate States of America stamps. This article explains and announces a change in Scott listing policy in valuing almost all the Confederate stamps in unused condition. Please read this article and the rewritten notes and listings in this catalog section to fully grasp this change in valuing philosophy and practice.

The second article, by respected dealer, collector and author Bill DiPaolo, deals with the controversial subject of the unused 1898 5¢ Ponce, Puerto Rico stamp, Scott 200. Again, this is an article that should be studied carefully, because it explains in some detail the reasons the Scott editors have decided to delist this well-known stamp, which was not listed for decades after its supposed issuance, and is now delisted, with explanatory notes.

Preview inside the 2019 Scott Specialized Catalogue Of United States Stamps And Covers: 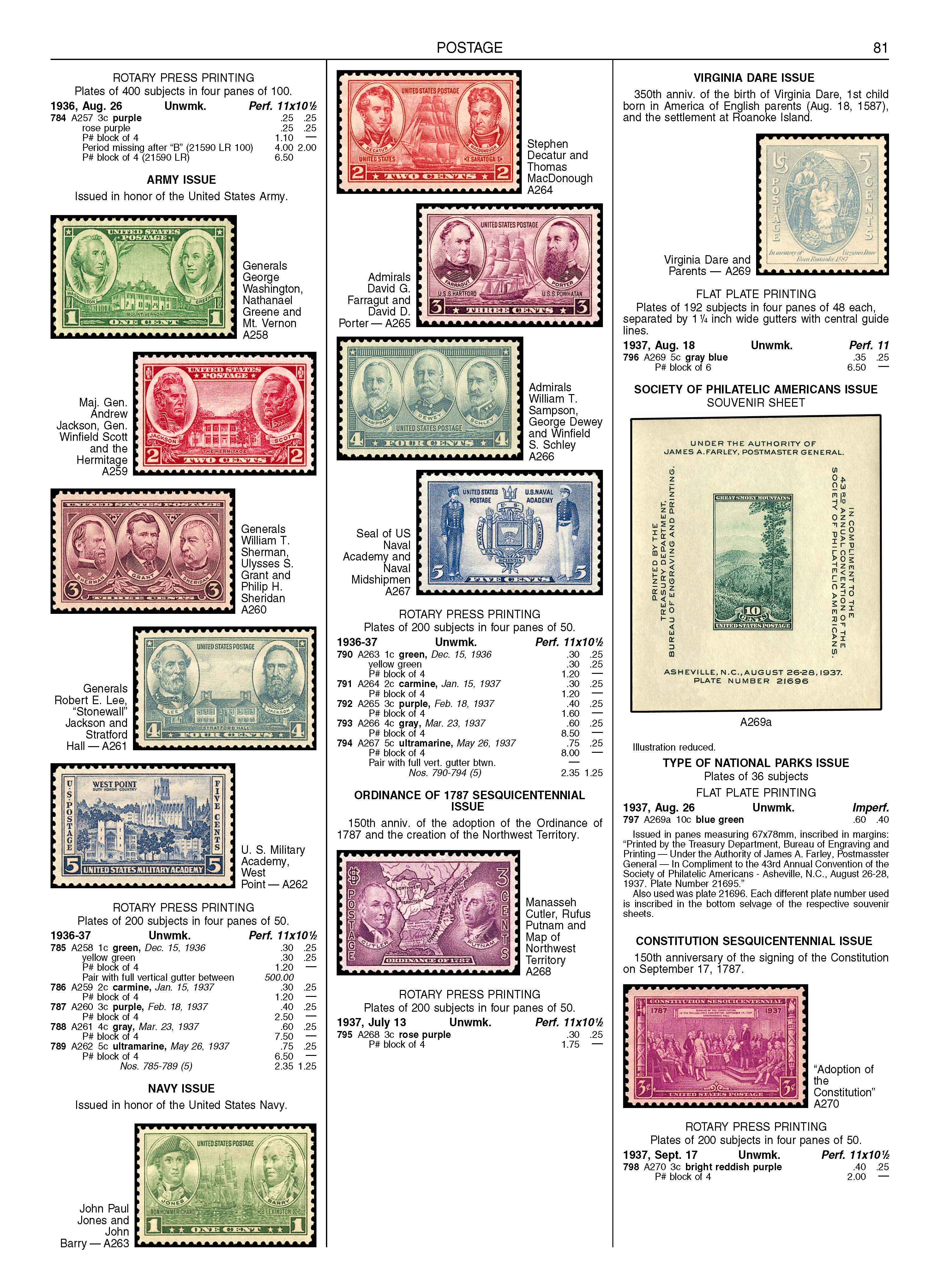 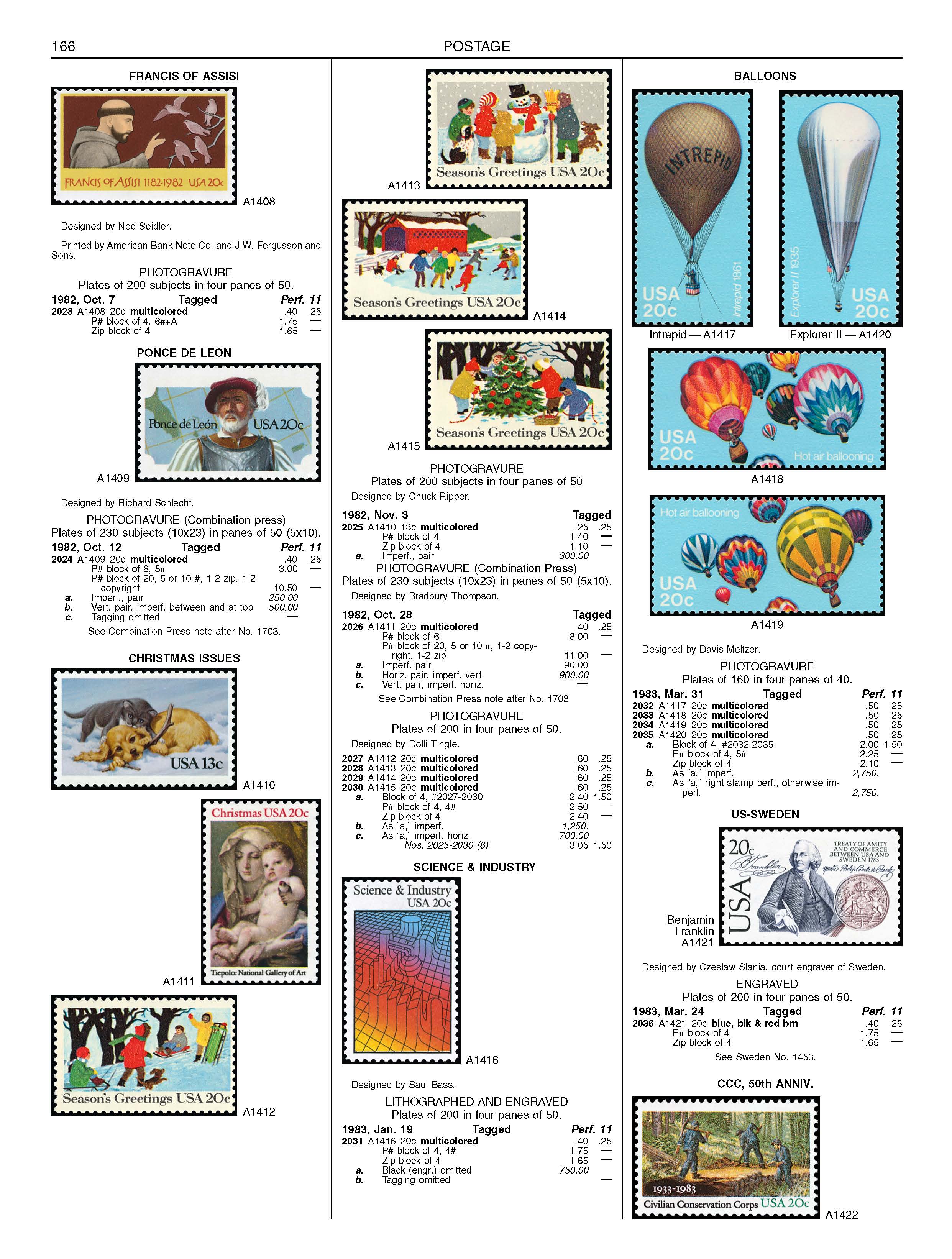 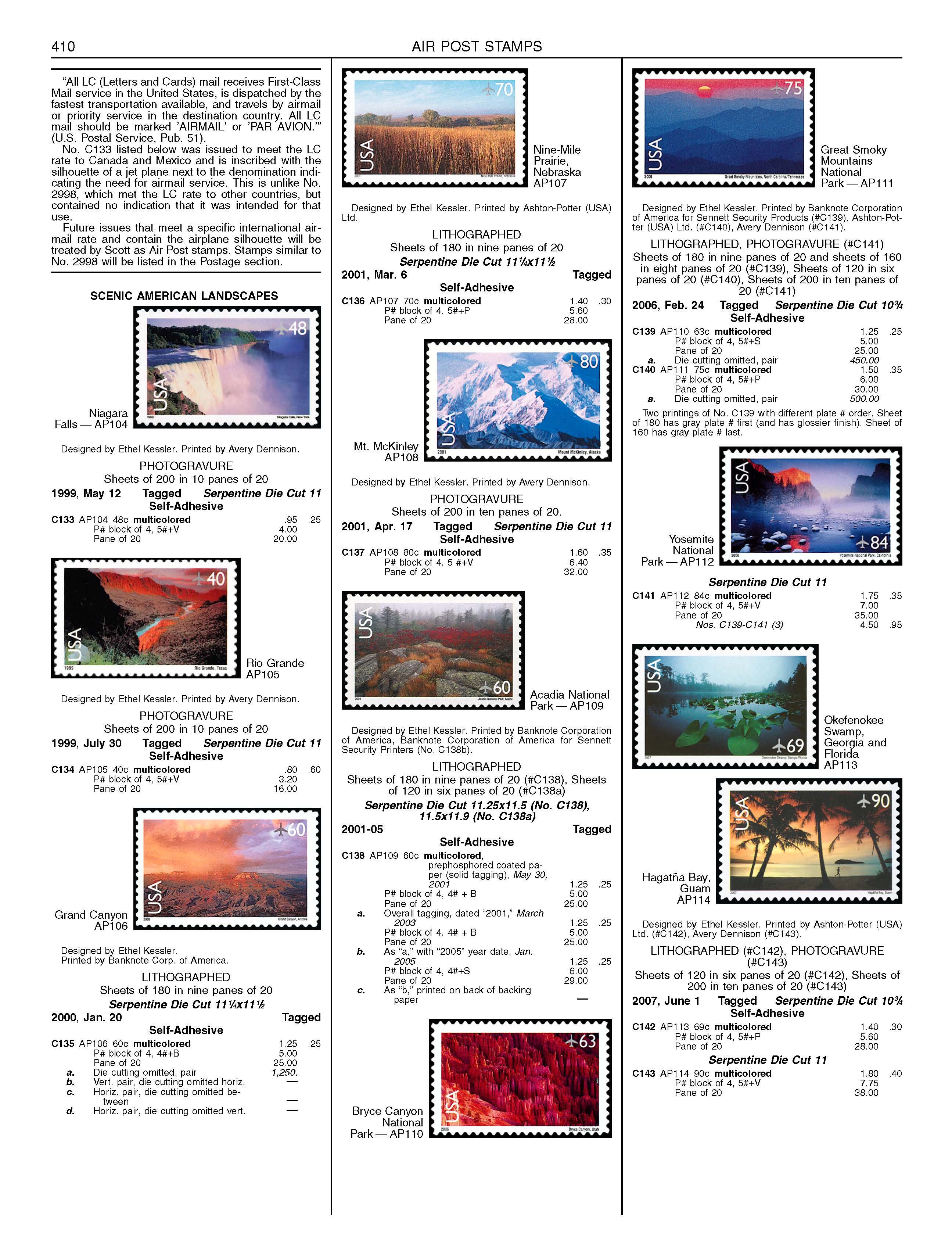 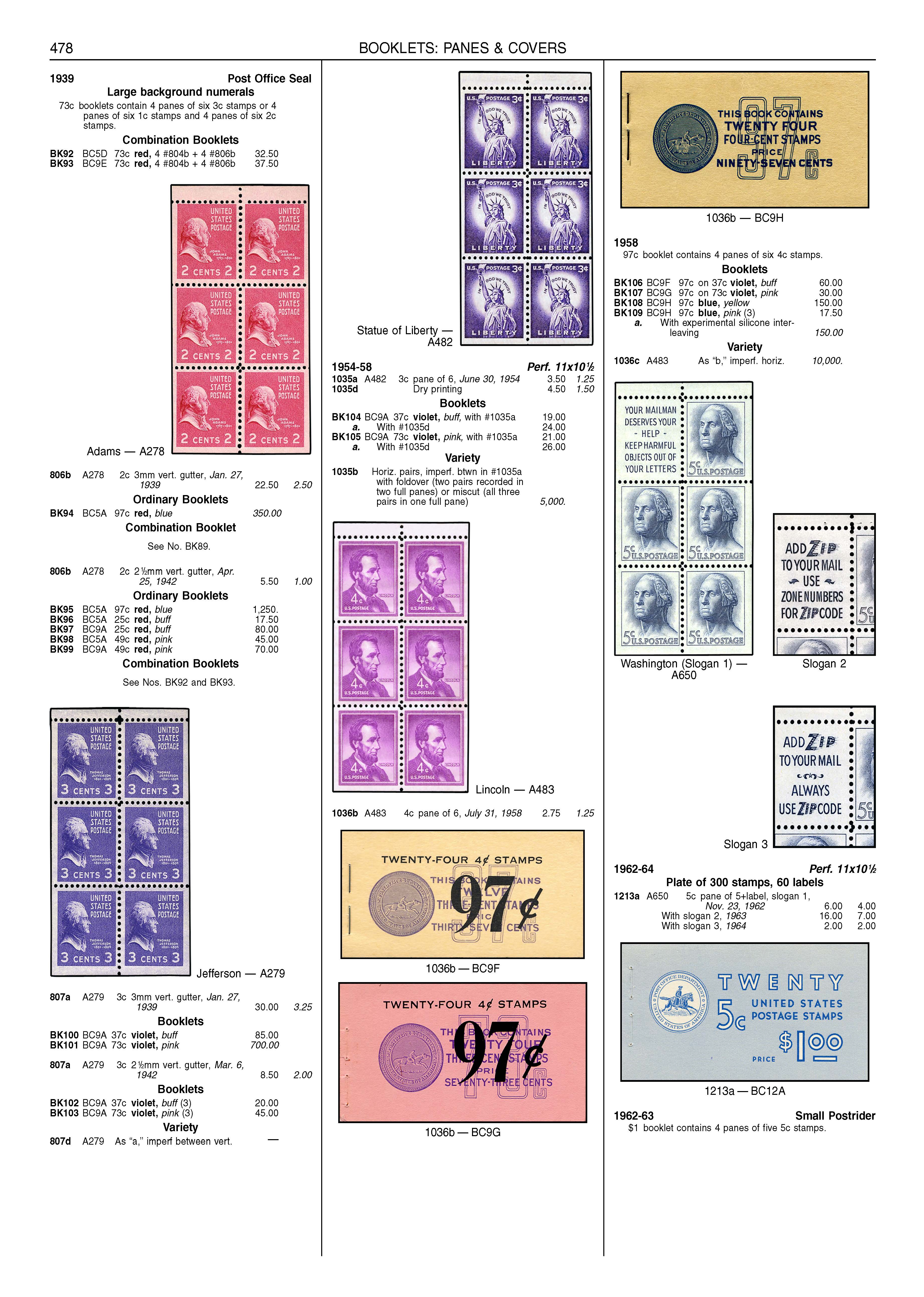 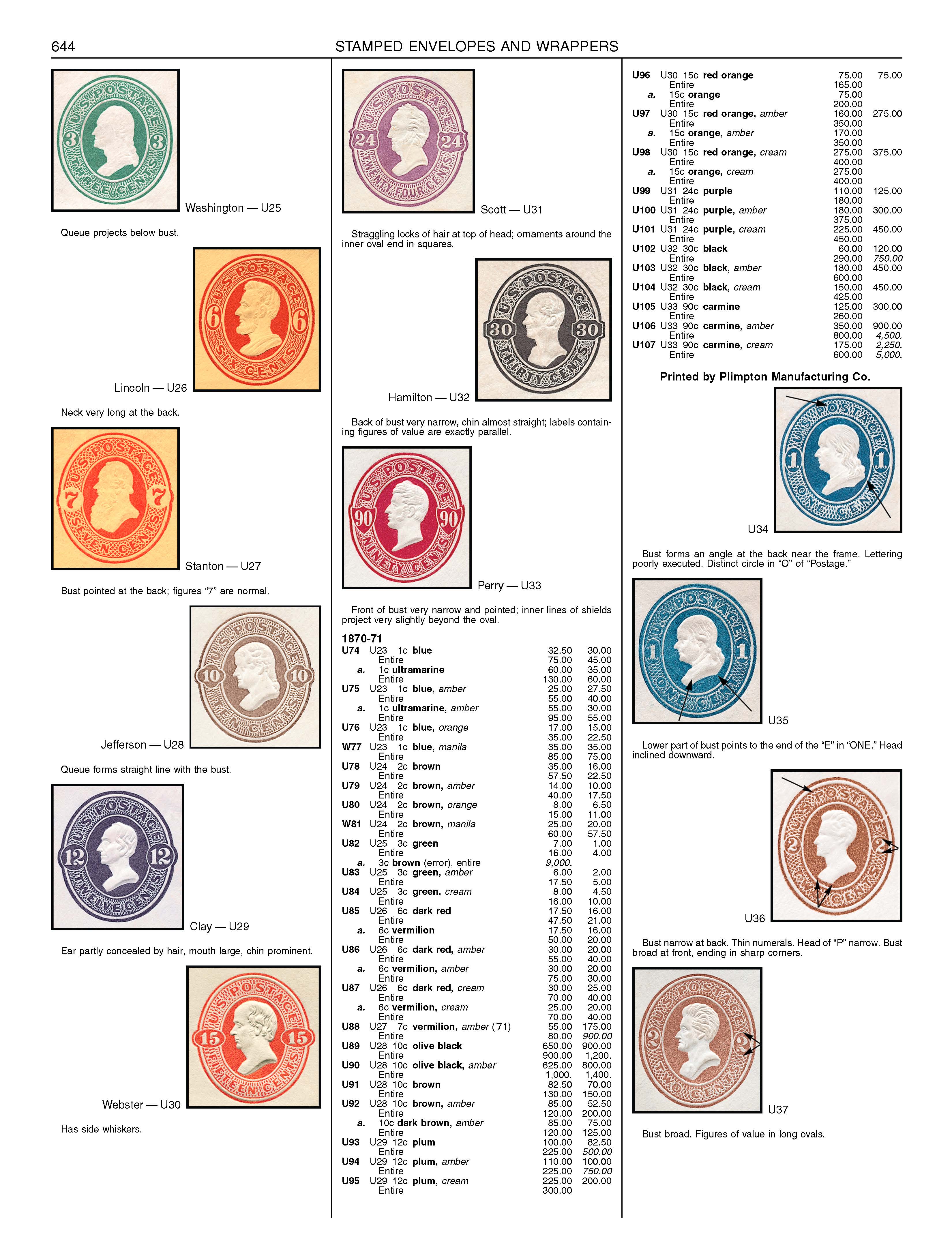 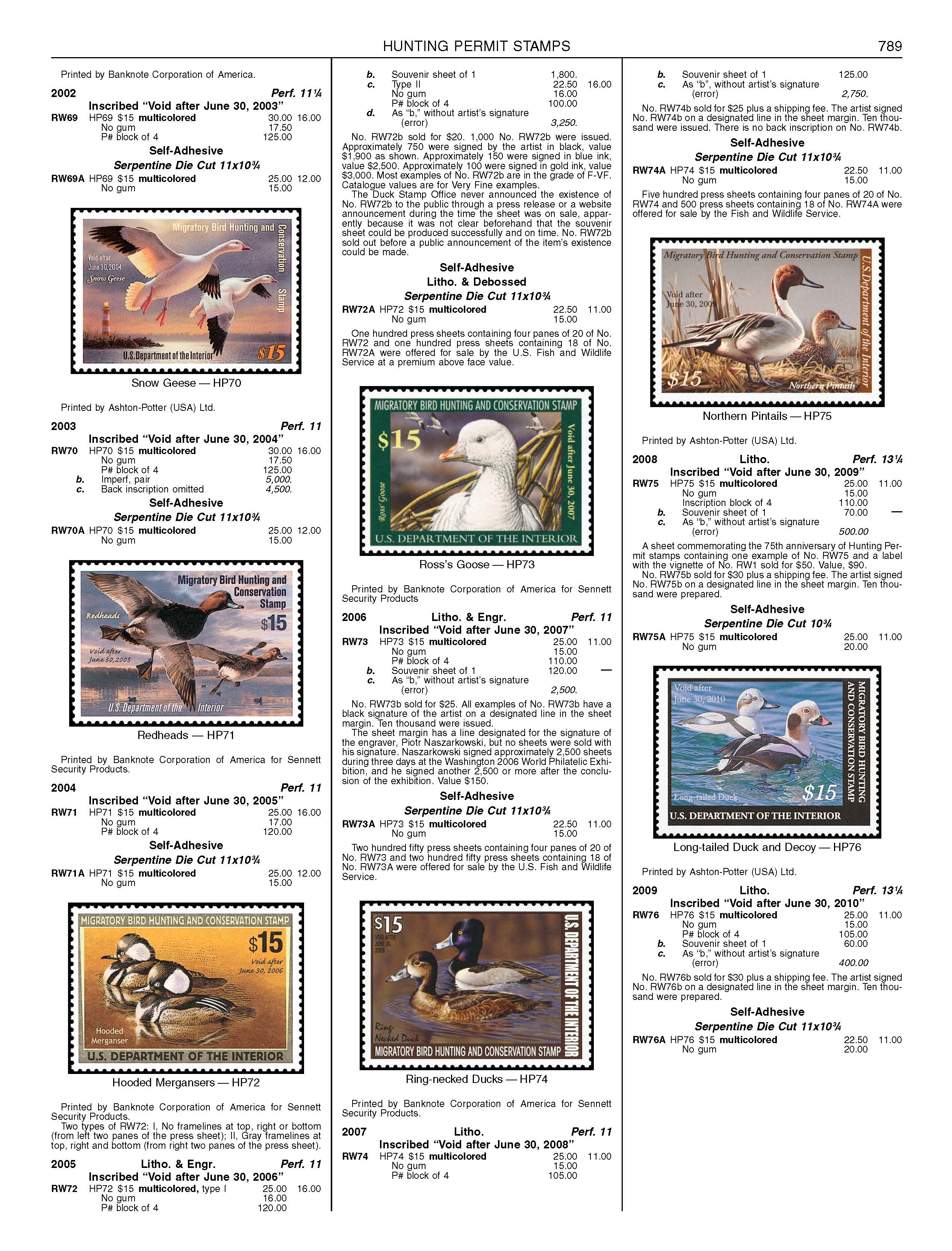 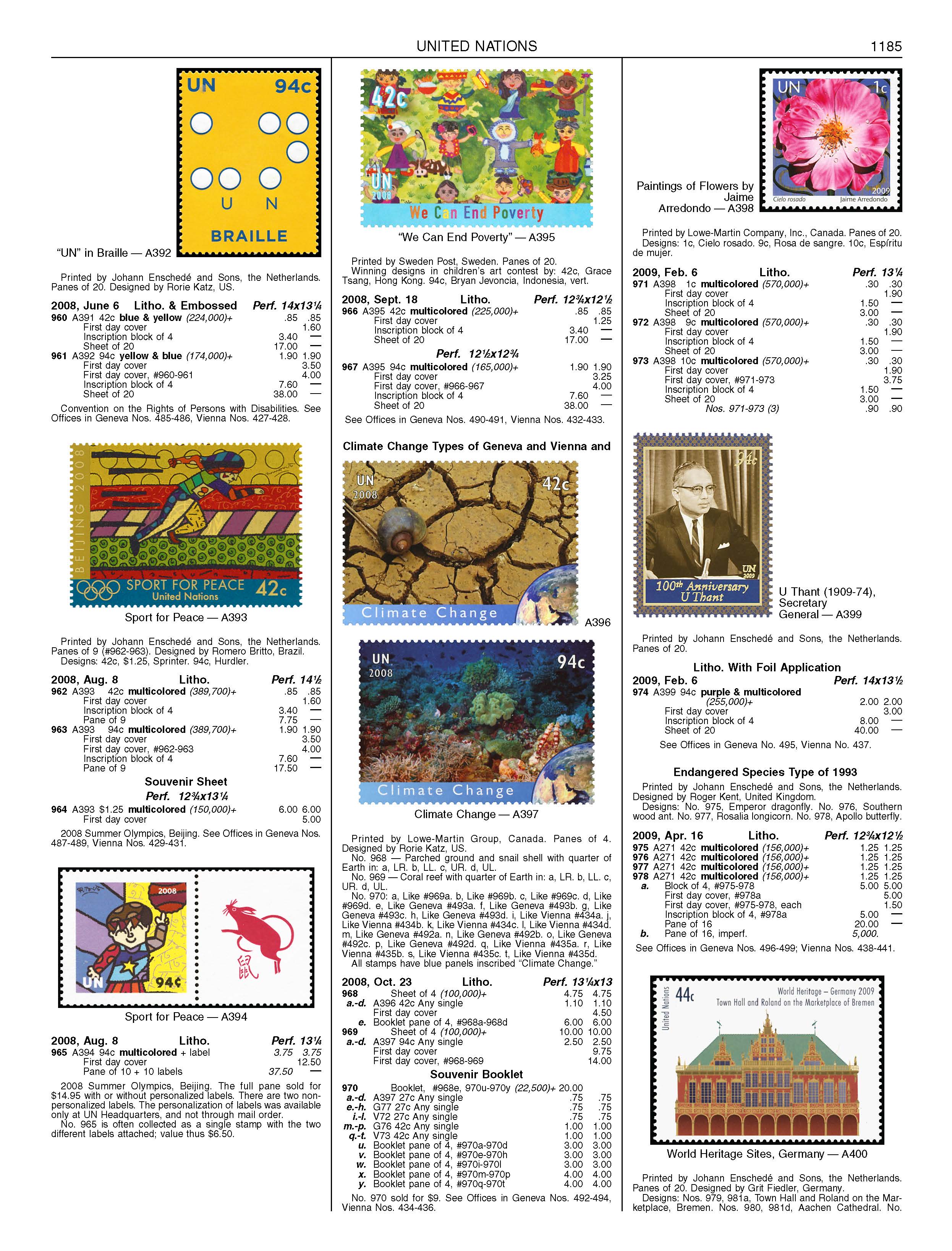