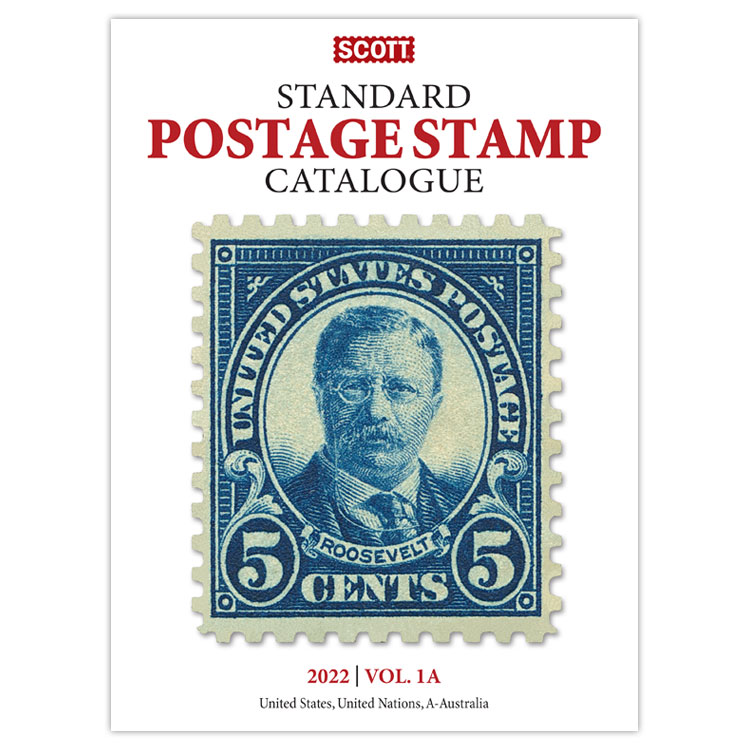 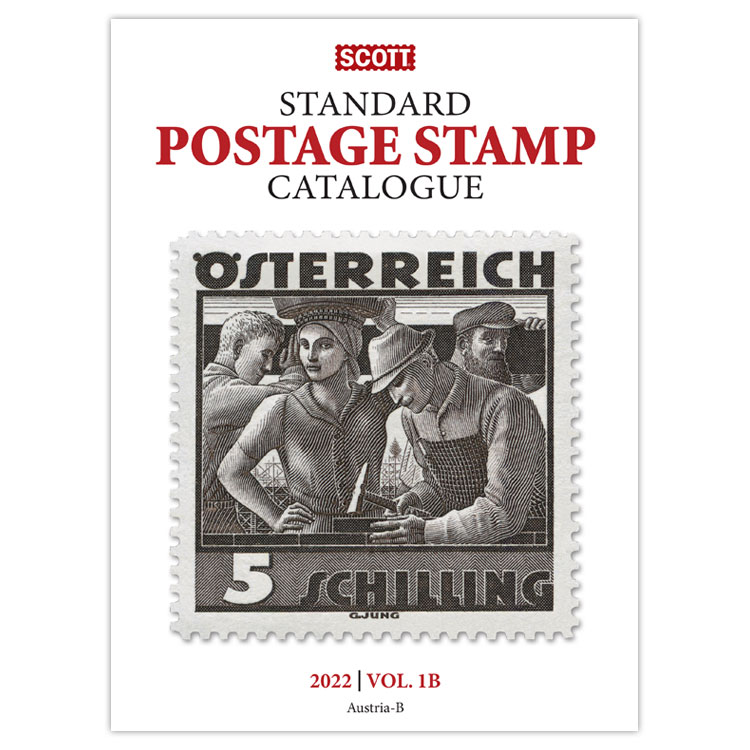 The 2022 Scott Standard Postage Stamp Catalogue is the 178th edition of Scott’s essential worldwide catalog. Volume 1A includes simplified listings for the United States and United Nations. Volume 1A also includes listings for countries of the world Aden through Australia. Listings for Austria through B countries of the world can be found in Volume 1B. More detailed U.S. listings (to include sections not included in the Volume 1A listings, such as postal cards and essays and proofs) and U.N. listings are found in the Scott Specialized Catalogue of United States Stamps and Covers.

About the Scott Catalogue

In publication since 1868, the Scott Catalogue is the recognized leader in stamp valuation guides for collectors around the world. The catalogues contain a wealth of information.

A new set of catalogues are released annually so you can stay up to date with your collection and its value.

The Scott Catalogue consists of 6 volumes, spanning the countries of the world. We’ve separated them this way because we know collectors focus on specific regions of the world.

As the amount of information we pack into each catalogue grows, so too does its weight. That’s why Volumes 1-6 each year now come in 2 parts: A and B. For example, when you order Volume 1, you will receive BOTH Volume 1A and Volume 1B.

Each annual release includes updated values and new releases. Across the entire 6-volume annual set, changes number in the tens of thousands – each year.

We also offer two Specialized editions, both of which also receive an annual release with new information and values. First is the Scott US Specialized, which focuses on the US. The second is Scott Classic (1840-1940), which covers the first century of philately.

Each year we release the catalogues monthly at the beginning of the following months:

When you pre-order with us, your order will ship immediately at the beginning of each of the above calendar months.

Amos Media is the long-time publisher of the Scott Catalogue and operator of Amos Advantage. Headquartered in Sidney, Ohio, USA, Amos Media has been serving collectors since 1876.